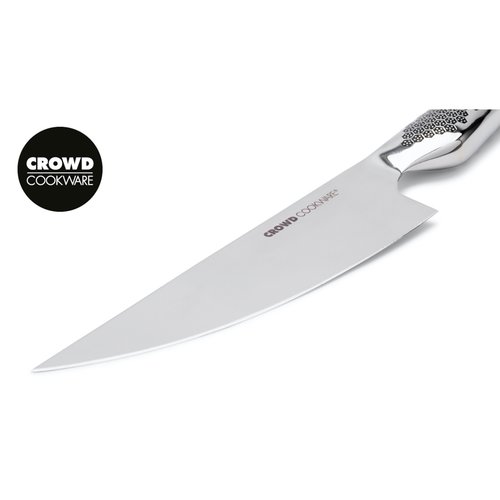 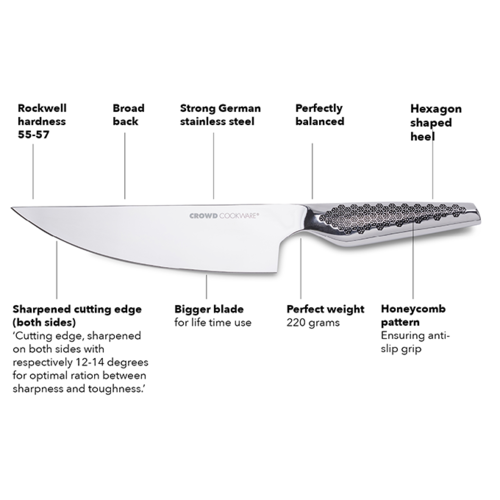 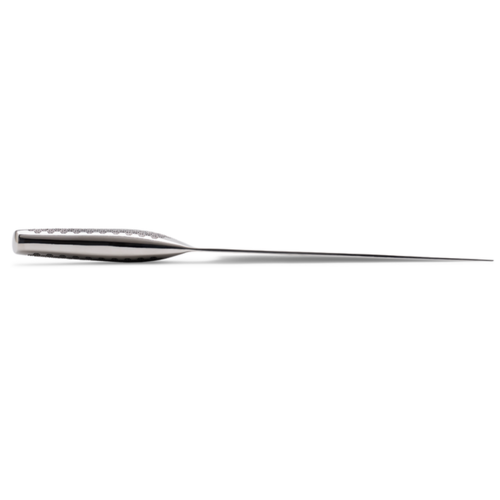 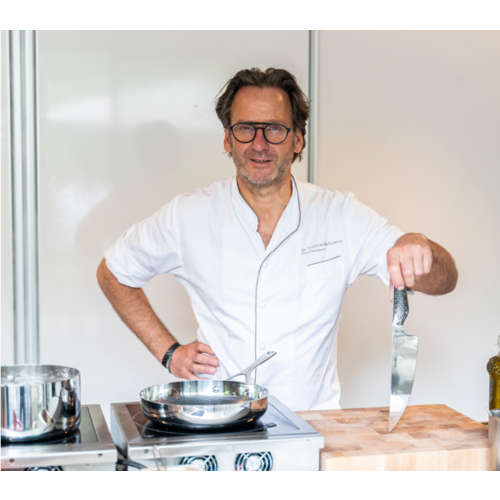 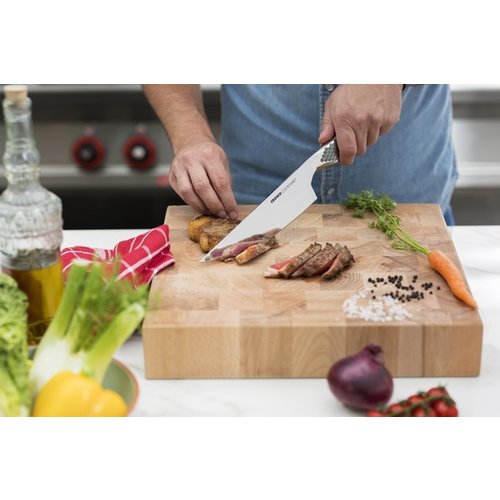 A Michelin star chef's knife and for a fair price. Read more

Ordered before 17:00, Shipped Today!.
You still have 00:00:00 hours to complete your order.
Product description
Description 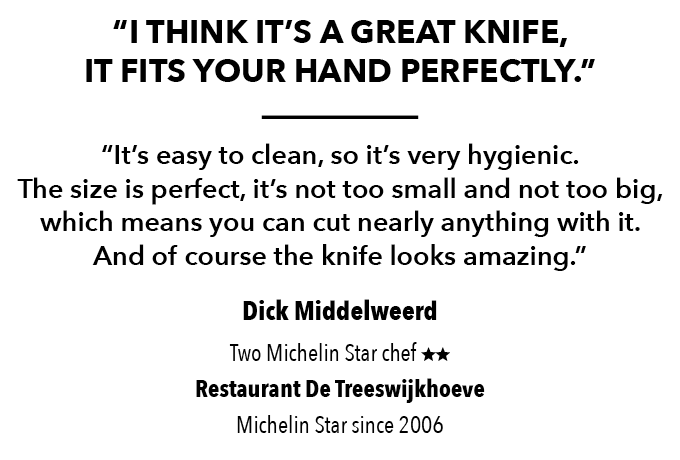 All hands on deck, pirates! Meet the Wigbold: our bold and lifelong-sharp chef’s knife. Made of strong German stainless steel. Named after the German pirate Wigbold, often described as the brains behind the pirate band. The most important feature of a chef’s knife is that it needs to be razor- sharp. However, 'just' sharp is not what we aim for: Wigbold needs to be your sharp matey over a lifetime. To realize this, we took bold design decisions and pushed the boundaries of manufacturing possibilities beyond premium standards.

Like the Japanese, we’d like to believe your soul goes into the knife once you start using it. When the knife is chosen, the bond is eternal. With Crowd Cookware’s Wigbold chef’s knife, we wanted to create the boldest knife, designed to last a lifetime and beyond

We found the ultimate ratio between sharpness and strength: not too thick for optimal slice performance, not too thin, so the cutting edge won't lose strength. Wigbold’s blade is made of tough German stainless steel, with a Rockwell Hardness scale of 55-57.

The heel of the blade is 23% wider than overpriced premium chef’s knives for intensive use. We also made sure the blade is 18% bigger than elite standards, resulting in a longer cutting edge for optimal slicing. Because the blade is bigger, you can sharpen over a lifetime.

Close
0 stars based on 0 reviews
0 Reviews
All reviews
Add your reviewAdd your review
Reviews
Close
No reviews found...
Compare products
0
Start comparison
By using our website, you agree to the usage of cookies to help us make this website better. Hide this messageMore on cookies »